The characteristics of chloride ion corrosion are as follows

1. The effect of Cl- on metal corrosion is manifested in two aspects: one is to reduce the possibility of forming a passivation film on the surface of the material or to accelerate the destruction of the passivation film, thereby promoting local corrosion; on the other hand, it reduces the solubility of CO2 in aqueous solution. , So as to alleviate the corrosion of the material. 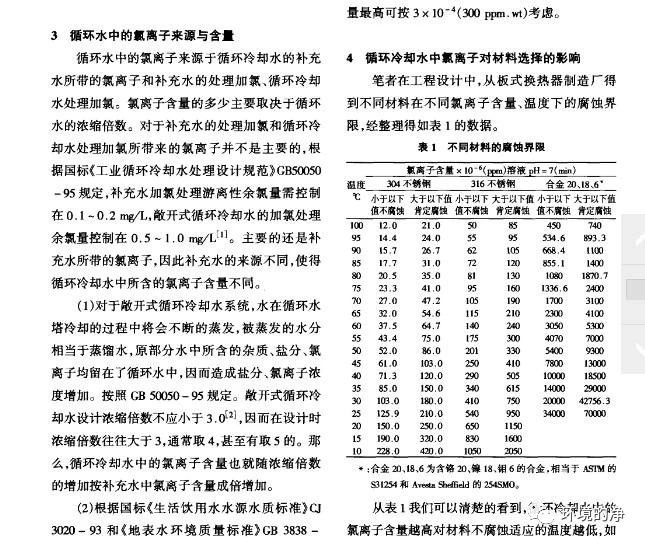 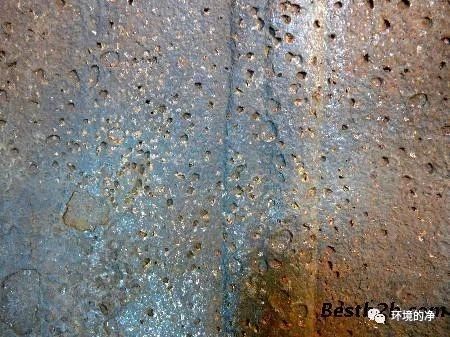 2. The corrosion of austenitic stainless steel by chloride ions mainly causes pitting corrosion.
Mechanism: Chloride ions are easily adsorbed on the passivation film, squeezing out the oxygen atoms, and then combine with the cations in the passivation film to form soluble chlorides. As a result, a small pit is corroded on the exposed body metal. These small pits are called pitting nuclei. These chlorides are easily hydrolyzed, so that the pH value of the solution in the small pit will drop, and the solution will become acidic, dissolving a part of the oxide film, resulting in excess metal ions. In order to corrode the electrical neutrality in the pit, the external Cl- ions continue to go into the air. Internal migration, the metal in the void is further hydrolyzed. In this cycle, the austenitic stainless steel continues to corrode faster and faster, and develops toward the depth of the hole until a perforation is formed.

3. Cl- has a catalytic effect on crevice corrosion. When corrosion begins, the iron loses electrons at the anode. With the continuous progress of the reaction, iron continuously loses electrons, a large amount of Fe2 accumulates in the gap, and oxygen outside the gap is not easy to enter. The highly mobile Cl- enters the gap and forms high-concentration, highly conductive FeCl2 with Fe2, and FeCl2 is hydrolyzed The generation of H causes the pH value in the crevice to drop to 3 to 4, thereby intensifying corrosion.